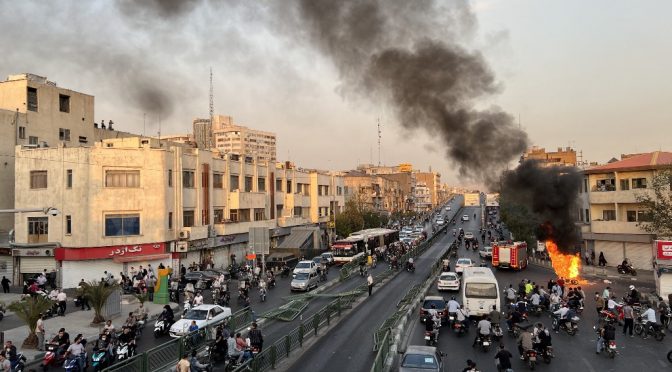 Foreign “promoters of chaos” have been “deliberately” mute over the violent unrest in the country, Tehran has stated.

Iran’s Foreign Ministry lashed out at the international community on Saturday, accusing it of staying “deliberately” silent about the ongoing violence in the country. Earlier this week, Tehran reported a wave of attacks during which civilians and security forces were targeted by unknown assailants in multiple locations across the country.

“It is the duty of the international community and international assemblies to condemn the recent terrorist acts in Iran and not to provide a safe haven for extremists,” the ministry proclaimed in a statement.

Foreign “promoters of chaos” have intentionally not reacted to the riots in Iran, the foreign ministry stressed. Tehran reserves its right to “file lawsuits” against perpetrators and “the governments supporting them,” the statement read.

“The great nation of Iran and the international community have witnessed the killings of innocent civilians as well as security forces in Izeh, Isfahan, and Mashhad in recent days,” the ministry noted, adding that the assaults have resulted in deaths and injury of “some Iranians, including women and children.”

Earlier, Tehran accused the US and UK of direct involvement in the latest riots under the guise of protesting the death of Mahsa Amini, the 22-year-old Kurdish woman who died in police custody after being detained for wearing her hijab improperly. Iranian authorities insist her death was caused by a pre-existing condition.