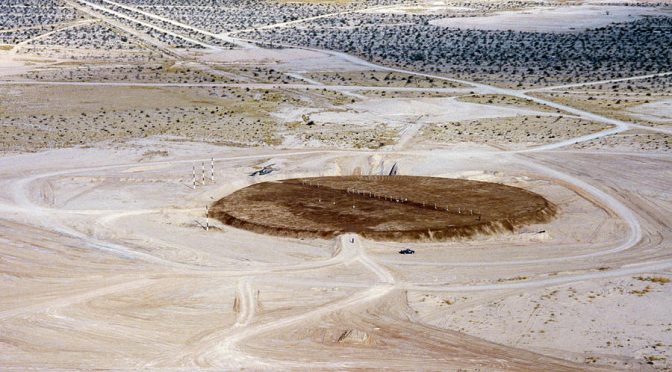 What is democracy but platitudes and dog whistles? The national direction is quietly predetermined — it’s not up for debate. The president’s role is to sell it to the public; you might say he’s the public-relations director in chief:

“. . . my Administration will seize this decisive decade to advance America’s vital interests, position the United States to outmaneuver our geopolitical competitors, tackle shared challenges, and set our world firmly on a path toward a brighter and more hopeful tomorrow. . . . We will not leave our future vulnerable to the whims of those who do not share our vision for a world that is free, open, prosperous, and secure.”

These are the words of President Biden, in his introduction to the National Security Strategy, which lays out America’s geopolitical plans for the coming decade. Sounds almost plausible, until you ponder the stuff that isn’t up for public discussion, such as, for instance:

The national defense budget, recently set for 2023 at $858 billion and, as ever, larger than the rest of the world’s military budget combined. And, oh yeah, the modernization — the rebuilding — of the nation’s nuclear weapons over the next three decades at an estimated cost of nearly $2 trillion. As Nuclear Watch put it: “It is, in short, a program of nuclear weapons forever.”

And the latter, of course, will go forward despite the fact that in 2017 the countries of the world — well, most of them (the vote in the United Nations was 122-1) — approved the Treaty on the Prohibition of Nuclear Weapons, which flat-out bans the use, development and possession of nuclear weapons. Fifty countries ratified the treaty by January 2021, making it a global reality; two years later, a total of 68 countries have ratified it, with 23 more in the process of doing so. Not only that, as H. Patricia Hynes points out, the mayors of more than 8,000 cities all across the planet are calling for the abolition of nuclear weapons.

I mention this to put Biden’s words in perspective. Does “a brighter and more hopeful tomorrow” ignore the demands of most of the world and include the presence of thousands of nuclear weapons, many still on hair-trigger alert? Does it mean the ever-present possibility of war and the ongoing manufacture and sale of every imaginable weapon of war? Is a near-trillion-dollar annual “defense” budget the primary way we intend to “outmaneuver our geopolitical competitors”?

And here’s another flicker of reality that’s missing from Biden’s words: the non-monetary cost of war, which is to say, the “collateral damage.” For some reason, the president fails to mention how many civilians’ deaths — how many children’s deaths — will be necessary to secure a brighter and more hopeful tomorrow. How many hospitals might it be necessary, for instance, for us to accidentally bomb in coming years, as we bombed the hospital in Kunduz, Afghanistan in 2015, killing 42 people, 24 of whom were patients?

Public relations platitudes do not seem to have room to acknowledge videos of U.S.-inflicted carnage, such as Kathy Kelly’s description of a video of the Kunduz bombing, which showed the president of Doctors Without Borders (a.k.a., Médecins Sans Frontières) walking through the wreckage a short while later and speaking, with “nearly unutterable sadness,” to the family of a child who had just died.

“Doctors had helped the young girl recover,” Kelly writes, “but because war was raging outside the hospital, administrators recommended that the family come the next day. ‘She’s safer here,’ they said.

“The child was among those killed by the U.S. attacks, which recurred at fifteen-minute intervals, for an hour and a half, even though MSF had already issued desperate pleas begging the United States and NATO forces to stop bombing the hospital.”

Those who believe in the necessity of war — such as the president — may well feel shock and sadness when a child, for instance, is unintentionally killed by U.S. military action, but the concept of war comes complete with flowers of regret: It’s the fault of the enemy. And we will not be vulnerable to his whims.

Indeed, the dog whistle in Biden’s brief quote above is the calm acknowledgement of U.S. intention to stand up to the dark forces on the planet, the autocrats, who do not share our vision of freedom for all (except little girls in bombed hospitals). Those who, for whatever reason, believe in the necessity, and even the glory, of war, will feel the pulse of the U.S. military budget coursing through his positive, happy words.

“If the U.S. could once again replace its masculinist power with creative foreign policy and reach out to Russia and China with the purpose of dismantling nuclear weapons and ending war, life on Earth would have a heightened chance.”

How can this become a country with a creative foreign policy? How can the American public move beyond being spectators and consumers and become actual, literal participants in U.S. foreign policy? Here’s one way: the Merchants of Death War Crimes Tribunal, an online event scheduled for November 10-13, 2023.

As Kelly, one of the organizers, describes it:

“The Tribunal intends to collect evidence about crimes against humanity committed by those who develop, store, sell, and use weapons to commit crimes against humanity. Testimony is being sought from people who’ve borne the brunt of modern wars, the survivors of wars in Afghanistan, Iraq, Yemen, Gaza, and Somalia, to name but a few of the places where U.S. weapons have terrified people who’ve meant us no harm.”

Victims of war will be interviewed. Those who wage war, and those who profit from it, will be held accountable to the world. My God, this sounds like real democracy! Is this the level at which truth shatters the platitudes of war?

One thought on “Before the Bombs Come the Platitudes”