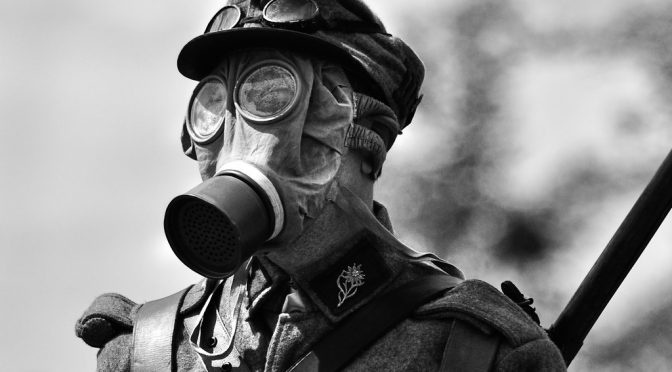 ‘Propaganda’ is a word familiar to us all although, ironically enough, however fully we may understand its definition, we are still unlikely – if the propaganda is effective – to detect its operation upon us.

Etymologically it shares roots with the word ‘propagate’, and it implies a spreading forth, a dissemination of information with a view towards promoting a particular agenda, cause or viewpoint.

At its essence there is a forcible aspect to propaganda, and in conjunction with the intent to ‘go forth and multiply’, an avowedly sexual facet, so that one may in fact characterize propaganda as a kind of rapine activity. It seeks to move, to persuade, to control and to coerce, and it thus represents the very antithesis of what we have come to regard as free will and free expression and the exercise of autonomous ratiocination.

Propaganda is everywhere and its methods are legion. There are endless ways to propagandize, and the so-called art of propaganda may be practiced by individuals as well as groups. In the case of Big State propaganda – the kind of propaganda designed to capture millions – we can be sure that every means, every nuance, every little bit of useful human psychological knowledge are employed – soft, hard and, if the propaganda is especially perfect, invisibly.

In musing further upon its nature in the context of the Covidian Dystopia we have suffered these past three years, yet another element emerges to characterize its essence: it is an act of masquerade.

Consider the following. A sign erected along a roadway telling passersby of a restaurant in the vicinity is not propaganda. A sign depicting a well-lit and superb eatery when in fact the eatery is a dark and slovenly affair becomes, by its deception, an act of propaganda.

When we were inundated in early 2020 with images of soldiers disinfecting Chinese streets and Chinese authorities imprisoning people in their own apartments, we were being deliberately propagandized. The message to us was: ‘Covid is highly lethal and the strictest measures are necessary to protect us, measures that have priority over inalienable human rights’. We know now – and the perpetrators of this bit of propaganda knew back then – that this was untrue.

The propagandist’s mask depicts one thing while behind the mask is another. The smiling urgent face of Dr. Anthony Fauci informing us that the Covid inoculations are safe and effective and necessary to prevent death is the hypocritical mask of the propagandist: the real Anthony Fauci knew differently, just as the real Fauci well understood that there was no actual science behind the mandates for masks, distancing, lockdowns and mass inoculation.

This mask-like nature of propaganda appears also in the use of words. The neutral and clean-sounding ‘depopulation’ really means genocide. The technical term ‘gain of function’, as it pertains to research on viruses, conceals the deliberate engineering of these pathogenic agents to become dangerous weapons of greater ability to sicken and kill. ‘Excess mortality’ signifies murder, pure and simple.

Coincidentally – or not so coincidentally – enough, the most significant tool of the Covidian propagandists has been the mask itself. It is as if we are being further acculturated to accept and condone duplicity and deception at every turn. When I see people around me who continue to participate in the charade by wearing their useless and de-identifying facial coverings, people who are happy to hide themselves and conceal their most expressive feature, these unwitting missionaries, like good little unquestioning soldiers, become concrete examples of the effectiveness – and fundamental nature – of propaganda in general.

I suppose it is possible for a propagandist, in the realm of public relations, to conceal the truth in order to serve a greater good.

But what greater good, may I ask, has come out of the Covidian campaign of fear, deceit and control?

Dr. Garcia is a Philadelphia-born psychoanalyst and psychiatrist who emigrated to New Zealand in 2006. He has authored articles ranging from explorations of psychoanalytic technique, the psychology of creativity in music (Mahler, Rachmaninoff, Scriabin, Delius), and politics. He is also a poet, novelist and theatrical director. He retired from psychiatric practice in 2021 after working in the public sector in New Zealand.